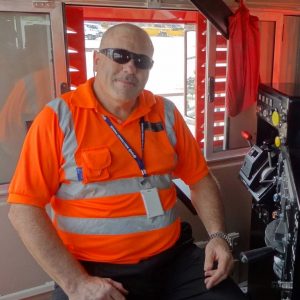 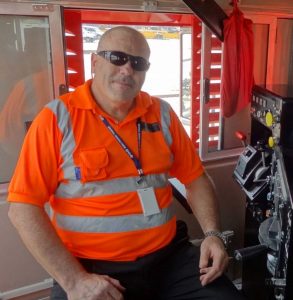 Sixty plus years ago I arrived into the world in the front bedroom of a three bedroom house in what was then the West Riding of Yorkshire, my arrival was not without some drama, aside from the thunder storm which was underway at the time there was also some tension in the course of my delivery which resulted with the midwife causing damage to my right arm via a shoulder dystocia and damage to the upper brachial plexus nerves… this left me with a pre-disposition to being a waiter in a restaurant (by this I mean that the condition is commonly referred to as Erb’s Palsy or colloquially as “Waiter’s Tip” because the hand is often rotated towards a person’s back in what looks like the acceptance of a tip for great service in a restaurant). Oh just by the way I did manage to become a waiter years later!

Coincidently my elder brother had a similar introduction to the world but with much more severe damage to his left arm and shoulder, and ten years after my birth my sister was born under similar circumstance to me, but with no damage whatsoever, I heard later that my Mom was less concerned whether it was a girl or a boy and more interested in whether her arms were OK.

Now it is true that this “poorly arm” has influenced my life to a large degree but it has never ruled over my life… school was a particularly difficult time and I was often accused of “copying my elder brother” or mocked because of the peculiar aspect of my arm… school kids could be cruel in those days and I am certain more so today, so mocking was a part of school life which, in my case, often led to “scraps” in the recreation field on the way home from school.

Now I am not telling you this to gain your pity, not at all, this is about how I became so tenacious, how I learnt to handle fear, gain courage and determination to tackle any adversity in life, to excel in my career and how to drink out of a mug of coffee (just joking on that last bit, but there is some truth in that too). 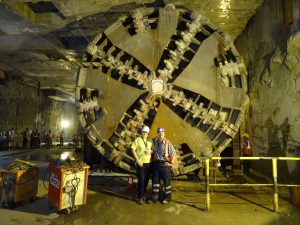 If anyone asks me if I am left or right handed I reply that I am both but I am not ambidextrous. I eat with a knife and fork as a right handed person eats but when I pick up a spoon I do so with my left hand (as I do a coffee mug). I write with my right hand and use the computer mouse with the right hand… it is the action of lifting anything to mouth level where things change… Let me explain! Eating right handed requires the fork to be in the left hand while the knife resides in the right hand, meaning the fork is raised with the left hand to the mouth… now I am not so sure why when a right handed person picks up a spoon they lift to the mouth with the right hand… you see this seems strange to me so I consider myself to be more normal and consistent in my approach to eating… (For you non-Erb’s just notice how you eat and which hand lifts to the mouth).

Now the next challenge came when as a young 16 year old I became an apprentice in the trade of Fitting and Turning… involving some pretty heavy tasks and some challenging (painful) experiences… One of the tasks we had to complete during training was the judicious use of a hammer and chisel. Now here was a dilemma! Do I hold the hammer in my right, weaker, hand or in my strong left hand? I chose the right hand and whilst I could boast some strength in that hand there wasn’t much directional control resulting in some pretty hideous bruising to the left hand and, on more than one occasion, blood. But once again that tenacious tendency reared its head and I just got on with what I had to do and thankfully never managed to break any bones in my left hand.

Now I could go on to tell you about my life climbing up sloping rock faces almost two miles underground in a South African Gold Mine, or having to pull myself through small openings to get into a confined mining area to fix some random piece of equipment… but I will skip all of that but just remind you how, once again the tenacious spirit came to the fore… those school days of being taunted, the flashbacks to times when I struggled to do something dexterous with my right arm, failing and failing again but sooner or later succeeding and the sweet memory of the taste of success…

Moving on and out of the work scenario… I love the outdoors and after completing a course at the Outward Bound School in Lesotho I started a strong association with mountaineering. Now this requires some strong limbs not only in climbing slopes and faces but also to carry all that gear on your back, later on I was to do a good number of solo adventures so there is no opportunity to share the load or double up on equipment… but the tenacity (you will now start to see this thread running through this story) carried me through (though it didn’t carry the load on my back…!

Later I moved into the more strenuous pastime of being a fireman and sometimes driver of a steam locomotive… Once again upper body and arm strength played a major part in this activity, and in a day I could be called upon to shovel tons of coal into a hungry boiler without respite! Actually this reminds me of my childhood when it was my “duty” to transfer a load of half a ton of coal, dumped on our driveway into the coal shelter, not only at my home but also the home of my Grandparents and one of their neighbours! My parents didn’t spare me a task because of this “poorly arm” and risking me to become addicted to self-pity… not at all, I was expected to play my role in family life as it was then. “Poorly Arm” or not, there was a half-ton of coal in the driveway when I got home from school and it was my job, nay my duty, to get it shifted as soon as possible!

Now we shift to a different phase of life… as my career progressed I moved into consulting which has taken me to some exotic places around the world and right now I am sitting in India and providing assistance to some metro railway construction projects… now this is not a cushy job sitting in an office with the air conditioner switched on… this is a “get out there and inspect” type of job. Climbing scaffolds, ducking into Tunnel Boring Machines, I do it all, sometimes my methods may look awkward, even unconventional, but I get where I am going even to the most difficult of places…